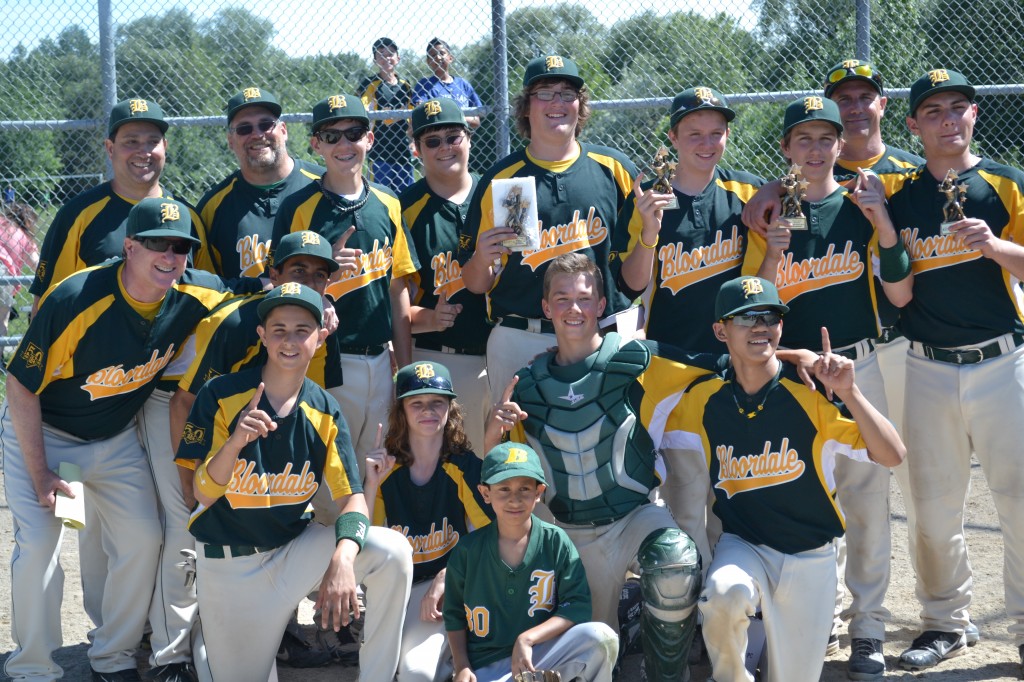 Bloordale’s Bantam Selects recently won the Forest Glen tournament (June 7-9).
We started out Friday evening with a tight game against the Oakville Whitecaps. Bloordale scored first with a run in the bottom of the 1st inning and then added another in the bottom of the 2nd. It stayed this way until the 7th when Oakville scored 2 and this finally tallied to max Peter Kourtis’ pitch count. Cameron Buck came in to relieve and closed the door to set up the bottom of the inning but Oakville was able to hold off and scored a tie.

The second game was against the Bolton Braves and Bloordale was the visitor. Bloordale came alive and scored 8 runs in the first and held Bolton off the board for 4 innings while scoring a 5 more behind some great pitching from Logan Smith and some solid defense to win 13-0.

The third game was against the Mississauga South West twins. Again, Bloordale was the visitor and jumped out to a 3-0 lead in the first with Subhaan Khan on the mound. Bloordale never allowed a run and added 3 more runs scattered over the next 6 innings and a strong pitching effort from Subhaan and some very sound defense. There were some great catches made from the outfielders to keep this score. 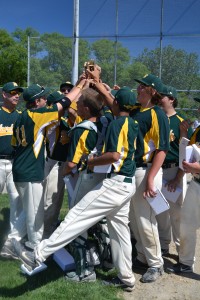 Now Bloordale is in the semi-finals against Clarington. Bloordale is home and hold Clarington off the board in the first but score one themselves then Clarington score two in the second but Bloordale answer back with 4 to move ahead 5 -2. Logan Smith was on the mound and pitched a great game while keeping a low pitch count and Bloordale scored 4 more in the 5th while giving up 1 to lead 10-3 and it was time to put Cameron on the mound to close it down. Clarington scored two more runs over the last two innings while Bloordale scored 1 more to complete the game 11-5 and off to the finals. The Bloordale team had put together some exciting baseball with sound defense and
timely hitting to keep the other team searching for ways to score and close them down.

The final game was against Newmarket. This was going to be a test as Newmarket jumped to a  4-0 lead in the first with Logan smith on the mound. Bloordale had to make a change on the mound after the first as Logan had reached his maximum pitch count so Subhaan was brought in. Bloordale was having trouble generating a hit or base runner for the first 3 innings but scored one in the second on a great individual effort by Cameron Buck to single and stole second and third then stole home on a wild pitch. 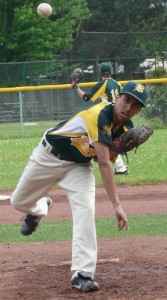 The 4th inning was the change, Bloordale started to hit after being held off until then and scored 2 more to be down 5-3. The turning point was in the fifth as a bases loaded triple by Matthew Bartolletta who hit a monster shot to the fence. Bloordale jumped ahead by scoring 5 runs to take a lead of 8-5 and Subhaan pitched a spectacular and energy charged 6 innings of only giving up 1 run to a team with some very strong bats. The game finished Bloordale 8 and Newmarket 5. Bloordale WINS! Subhaan and Mat energize the team who again pull together and played some solid defense and strong bats after the first inning shock.

For an inning by inning recap of the final game, check out Bloordale’s Twitter Feed.

For more photos from the weekend, check out the team’s Flickr Feed.

November is AGM time, which gives us an opportunity to recognize some of our great volunteers. Below is a picture of the five dedicated Bloordale volunteers who were recognized at the Bloordale Annual General Meeting, which took place at the Canadiana restaurant on...