Bloordale Baseball has an active Select and Rep team program across all divisions, with a number of Etobicoke, Toronto and Ontario championships to our name. A sampling of our past five years of success include: 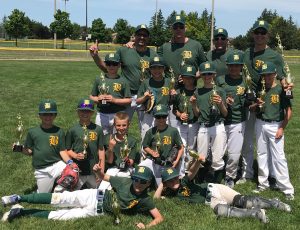 Tryouts for Bloordale’s Select and Rep team programs are held every September for the following year’s team. (The tryout schedule is posted on the Bloordale website on or before Labour Day each year). Playing on Select or Rep team comes with an increased commitment from both players and families during both the off-season and during the traditional baseball season.

The following is a high-level summary of the two programs. Individual teams may differ slightly.